News
You are here: Home / News / Uncategorized / ‘Boys also need to step up’

‘It’s the boys who also need to step up and act. The boy needs to say: ‘Father, please don’t do this to me. My education is at stake, I want to study.’  We’re listening to Akash, a Nepalese teenager from the village of Lagdaha in the Terai region, on the borders of Nepal and India. Akash has been working with other boys and teachers at his school to raise awareness about stopping child marriage.

Akash campaigns within his Dalit community, especially among the men who are the leaders and decisionmakers, to try and end child marriage for good: ‘Through awareness we can stop child marriage. It is very hard for the boys after marriage. Before marriage they can go places, play and have fun. After marriage he has to grow up. We’ll have a lot of responsibilities on our hands.’

The video Akash is performing in, is made by Her Choice partner CWIN (Nepal) as part of a toolkit for them and other change makers working with young people at risk of child marriage.  In the Terai region, child marriage is highly prevalent.

The negative effects of child marriage for girls are well known for most people. Girls are neither physically nor emotionally ready to become a wife and a mother, a child bride is at increased risk of suffering domestic violence and of being infected with HIV/AIDS and as a result of school drop-out she has limited career opportunities and is at increased risk to live in poverty. Few people are aware of the consequences for boys.

In its recent in-depth analysis of child grooms UNICEF estimated that 115 million boys and men around the world were married as children. Of these, 1 in 5 children, or 23 million, were married before the age of 15. Using data from 82 countries, the study reveals that child marriage among boys is prevalent across a range of countries around the world, spanning sub-Saharan Africa, Latin America and the Caribbean, South Asia, and East Asia and the Pacific.

To find out more about Akash and the activities of Her Choice in Nepal, visit the website https://merojivanmerorojai.wordpress.com/ (my life my choice) and meet the other young people -boys and girls- doing incredible work in their communities, to end child marriage. 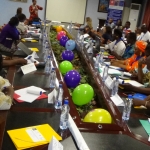 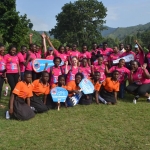 Hiking to break the stigma around menstruation
Scroll to top