Anbreen Ajaib is executive director of the Pakistani NGO Bedari, local partner of Her Choice alliance member ICDI. Anbreen, who herself narrowly escaped child marriage, is very committed to end child marriage in her country. But is this still possible, in these COVID-times and how does she see the future? An interview with a courageous, passionate woman: ‘The issues we work on come from our hearts.’

Are you still able to carry out your work during these times, and how has the pandemic changed this?

‘We had a late lockdown in Pakistan: people had doubts about the seriousness of the virus. Moreover, a lot of people we work with cannot afford to be quarantined -they’ve simply not enough resources. But fortunately, we now see that the virus is on the way back, the curve is flattening. Schools are still closed now, but the expectation is that they reopen the half of August, after the summer holidays.

My colleagues and I are continuing our work strictly following the Standard Operating Procedures of the WHO. We are avoiding big gatherings, having small group sessions with social distancing intact. COVID-19 is expected to bring adverse effects on girls since they are out of school for more than three months. There is a concern that many of the girls may not come back to school or married earlier since the economic conditions of the poor families will adversely change. Especially women and children are overburdened with work and stress and face or witness domestic violence. The cases that we get through our helpline almost doubled since March. Unfortunately gender based violence (GBV) is a missing element in the pandemic approach of the government and we’re advocating with the government to include GBV in their future policy. On the other hand, we see that the people in the areas we work are quite resilient, they’ve gone through so many disasters. This kept them motivated and not stressed.

Bedari is mainly active in the rural areas, and villages in Pakistan were quite safe until now, so morale is not bad. We’ve also seen that big families can be an advantage in these times; people have each other to fall back to. And we see other positive effects: men realizing how overburdened women and girls are and helping out with the household activities and children; we hope to see a new world with new gender roles. Moreover, we see that our bicycle project is a great success in these times: for most girls it is the only activity they had, and it is a good way to reduce stress. We see that they’re now training other girls to do the same.’ 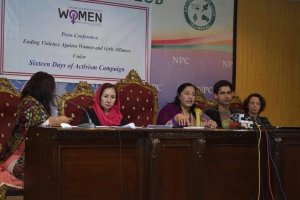 How big is the problem of child marriage in Pakistan and what are the main reasons according to you?

‘According to UNICEF 21% of the girls are married before the age of 18. This means every 5th girl is victim of child marriage. Common reasons for this include poverty, limited access to education, a misinterpreted notion of honour (attached to girls’ modesty and purity) and on top of that the patriarchal norms.

A lot has to do with a patriarchal mindset and honour and the fear of losing this honour. Whenever girls get sexually harassed, men blame the girl. They think by marrying off their daughter as soon as possible, they can solve this problem. But also: the younger a girl is, the more they can control her. By sitting with these men and talk to them, we try to change this mindset. I ask them: who is the harasser when a girl is harassed? Who is to blame? I try to let them realize it’s not the girl, but the man. It’s men’s fault. And I always ask them whether they think they can solve it by marring off their daughter: ‘Even when your daughter is married, she can still be raped’, I tell them: ‘Sending your daughter to school is only empowering them for the rest of their lives, so they can be better wives and mothers.’’

It’s also poverty: marrying a daughter off allows parents to reduce their expenses: one less person to feed, clothe and educate. Also, a dowry or ‘bride price’ is often welcome income for poor families. To try to solve this, I start to calculate the expenses together with the father. A lot of men smoke, so I start with the amount of money they spend on cigarettes each month, and then compare this with the travel expenses of sending a girl to school (school itself is free in Pakistan). And then I conclude that it is less than the amount they spend on their smoking habit. I don’t force them to quit -as a smoker I know how difficult that is- but to reduce it a bit, so they can cover the costs of their daughter going to school. The fact that a girl is physically not ready to give birth is unfortunately not an argument: when a girl has a child, she’s settled, is the idea of a lot of people in Pakistan.’ 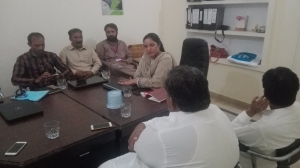 What aspect of the Her Choice programme is the most powerful to help tackling child marriage and why?

‘We’ve seen a lot of changes in the communities we work with. Especially the Child Protection Committees (CPC’s) play a big role in these changes: sometimes cases of suspected child marriage don’t come to us anymore, but they’re solved by the CPC’s: they’re taking the lead now. Ensuring girls access to schools and establishing community surveillance structures in the form of CPC’s are the most influential among our activities. In these CPC’s are opinion makers, schoolteachers, community elders, parents and sometimes also religious leaders. You and I can’t change this mindset, but they can. A lot has to do with societal acceptance. If they are convinced that child marriage is not a good thing and spread this thought to the community, there is this snowball technique and things can start to change.

For our personnel it is therefore important that they understand village dynamics and that they work in an inclusive way; so that they not only talk with the landlord, but also with the peasants. It helps that people know us, at national level, but also at community level, through the communal work we did earlier on child protection. Sessions with parents -especially mothers- about SRHR and the impact of child marriages on the health of girls, were other useful impacts. The Her Choice project carried a holistic approach by engaging community level structures on one hand and advocacy at a broader level on the other. All of them have contributed in raising the voice and addressing child marriage.’

What are you most proud of?

‘We’re helping girls in learning how to say no. And that is the very beginning of their empowerment. We were able to enhance leadership skills among hundreds of girls through self-growth, linking them at policy level through conferences and Children as Researchers activities and making them realise their potential by handing over the stage to them. In the Children as Researchers programme we saw girls getting more confident, presenting their findings for policymakers and making them feel like leaders of their village. We’ve seen girls saying no to their parents, wanting their girls to marry, without offending their parents, but instead convincing them with arguments.

The same thing we saw happening in the provision of bicycles to the girls in the villages, another major activity we are proud of. Girls insisted to get one and moreover convinced other girls they could do the same thing and negotiate their wishes. The bicycle project put a dent on the social fabric of the communities and have changed communities’ perception about girls’ mobility and their stereotypic gender role.’ 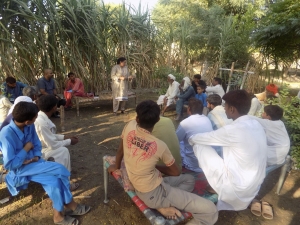 You narrowly escaped child marriage yourself; how did you get out of that?

‘Unfortunately, child marriage is still a widespread practice across Pakistan, as are marriages among families. I have witnessed several child marriages with close family members and at one stage, my marriage was also planned at the age of 16. My uncle convinced my father that I would marry my cousin. Fortunately, my brother took a stand and convinced my father to wait until I complete my studies. Because my father also wanted me to finish my education, he agreed although he faced a lot of pressure from the family elders.

Eventually I could study in England and finish my masters in my own time. I married at the age of 26 with a man of our mutual choice, but because I couldn’t get any children, we divorced after eight years. Divorce is still a serious stigma in Pakistan, but fortunately it was a peaceful breakup and I live a happy life now. On people’s negative or upsetting gestures for me being divorced, I just smile. This is how I make them realise that divorce is not a stigma.’ 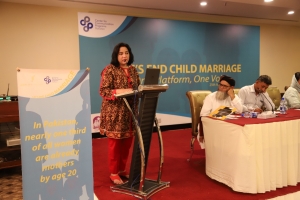 How will you continue after Her Choice: which elements are going to last?

‘I believe that the CPCs will last in an informal way. We will stay in touch with them after the Her Choice programme; they have our contact numbers and we have theirs. Secondly, we have established a norm of girls riding bicycles and doing household chores (like grocery) using bicycles in addition to their access to school. We believe that this is going to stay and expand.

The legal age for a girl to marry in most of Pakistan is 16 years. The current political climate is still too conservative to change this, but we have strong hopes for the future. We have created this debate at policy level and soon we will get effective legislation. Once this legislation is passed, people will be more conscious about following the law. We through our advocacy networks -like the Child Right Movement and Ending Violence Against Girls Alliance- will continue our advocacy for the law and its implementation afterwards. We feel like the issues we work on come from our hearts and it is not just a salaried job for us: we feel very passionate about standing up for children’s rights and ending child marriage.’ 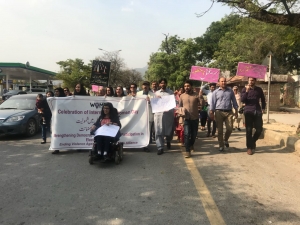 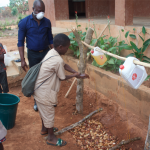 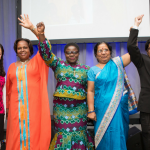