News
You are here: Home / News / interviews / ‘Seeing is believing’: how male role models can play a crucial role in ...

Her Choice PhD candidate Rashmila Shakya is part of the research team that examines the impact of Her Choice in our ten programme countries. Shakya wants to know how masculinities shape men’s view on practices in early marriage in Nepal and how these masculinities can be reformed to improve the lives of married young people. We asked Shakya six questions about her research. Part two of a series of interviews with Her Choice researchers.

‘Engaging boys & men in gender-equal practices requires a more nuanced understanding of masculinities’, you say in your research. How could this help in tackling child marriage?

‘A nuanced understanding of masculinities helps to understand the making of men and what it means to be a man in a specific context. Men’s perception of ‘what it means to be a man’ influences their view about and engagement in early marriage. For example, men are supposed to preserve the family honour and there is a wider belief that family honour is linked to female sexuality. As head of the household, a man engages in marrying off his daughter at an early age to preserve the family’s honour. Similarly, boys and men learn about the appropriate way of being a man from the messages from families, schools, mass media, peers and elders and try to conform to a social stereotype of manliness. However, men and boys are not only passive receivers and learners but they also have agency. Men and boys also actively engage with masculinities to react to a social situation. Therefore, programmes such as Her Choice need to recognise diversity in gender patterns and ways to promote gender-equitable practices.’ 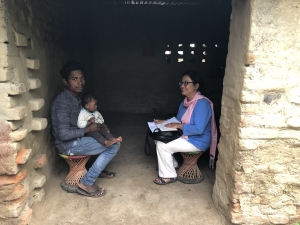 You state that ‘marriage is the vital institution that opens doors to manhood and masculinity’, and that in some situations ‘young men and boys are also under constant pressure to marry at an early age’. What could programmes like Her Choice learn from this?

‘Programmes like Her Choice should not only problematise men/boys and regard them only as of the creator of violence. Her Choice schould strategise to understand men and boys in a particular context, including contributing factors such as social norms, family values and poverty in shaping the perception and practice of men. Building gender-equitable and inclusive societies must be the prime concern of the interventions. To achieve gender-equitable social norms, it is crucial that men and boys learn about gender equality along with girls and women, and to engage men and boys in reflecting on their masculinity. This will open the door to redefine masculinity. Similarly, opportunities in reflecting on social norms that hinder or support gender equality contribute to transforming these social norms. Gender equitable social norms also influence family values leading towards gender-equitable parenting. This creates the opportunity for dialogue on pro and cons of early marriage and between family members and children; it is an chance for young women and men to practice their agency in if, whom and when to marry.’ 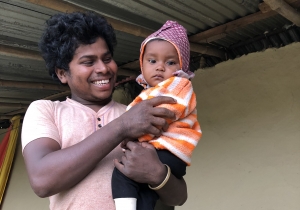 During your research you noticed ‘a gradual shift in men’s expectations in marriage’. Could you give an example and explain why this is happening?

Let me tell you about Suman, a 26-year-old father of three children from the rural Mushar Community, who was always engaged with household chores when I visited him. I saw him doing the dishes, milking the cow or bathing the children. He told me that ‘every man has to learn and do household work every day, because one must be able to do it when one’s wife is sick or cannot work.’  He told me that ‘a happy family is a prerequisite of married life and one can only enjoy happiness if one shares the family burden. Apart from this, gender norms are changing around the world, and we, men from this society also need to change. We should not be shy to help our wives.’ When I asked him how his friends reacted when they saw him doing household chores and helping his wife, Suman answered: ‘My friends tease me, and they say to me that Marda (masculine men) do not work at home, but I give them strong reasons such as ‘will you come and help me with household work when my wife is sick’, and then they keep quiet.’

Education seems to contribute significantly to this shift in men’s expectations in marriage. Educated men and boys seem to have a better understanding of gender equality and are challenging harmful practices such as early marriage. They are often of the view to challenge the social norms if these are a barrier to pursue their dreams. Education and empowerment of married girls and women also influence men’s perception of gender role and gender equality: educated women and girls seem to have more skills in making their husband learn about gender equality. School going children also helped their parents to learn about gender equitable values and encouraged their parents to engage in communication and family relationships. Additionaly, Nepal has enacted laws against harmful practices like child marriage, and government and non-government organisations raise awareness on the existing laws and policies. In my research context, parents often shared that even the police have visited their community and talked about the legal implications. Finally, my participants often shared that the opportunity to mingle with a group who is already adhering gender-equitable values, has helped them to learn about the changes happening regarding gender equality and inspires them to think and act differently when it comes to early marriage practices. 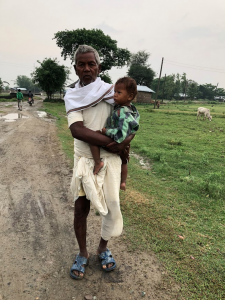 You give an example of a 21-year woman saying: ‘I have studied up to grade 11 and my husband up to 5. He listens to me and let me keep all the finance. He brings earnings but lets me manage it’. Is education the key to more gender equality within marriage?

Child marriage programmes, according to you, ‘should make an effort to find masculine role models in society and engage them to inspire other men and boys.’ How important are these role models and how can they play a role in tackling child marriage?

Role models can play a crucial role in redefining social and gender norms by inspiring other men and boys in gender-equitable behaviour and addressing early marriage. It is challenging to be the first one to be a changemaker in establishing new norms of gender equality in society and very few people are courageous enough to take this challenge. However, once this challenge has been taken, it is easier for others to follow the path as a saying ‘seeing is believing’. Often, people are reluctant to initiate gender-equitable practices, even though they are aware of gender equality, specifically in societies governed by patriarchal values. Role models inspire them to put gender equality into practice. Particularly, having a trusted person as a model also inspires other men and boys to learn and practice gender-equitable value. I saw a well-known social leader of the community engaged in domestic work (see picture) together with his wife and grandson (who came to help his grandmother seeing his grandfather helping his grandmother). People from the community look at him and his family members to understand what is possible in the given context. 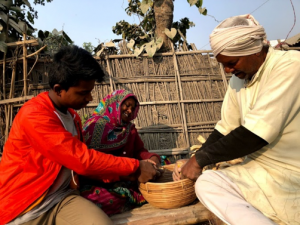 There are a couple of lessons I learnt during my fieldwork. One of them is that gender equality is only possible when we also work with men and boys. It is essential to have programmes where men and boys can feel they are part of, and where there is room for them to engage and express themselves. I was also thrilled to learn that my interview questions and my engagement with men and boys in focus group discussions worked as learning opportunities for them. It was satisfying to learn that they will help their family members with household work and accommodate views of female members of households in family and marriage decisions.

(Because of privacy reasons, the name of the participant mentioned in the article is not his real name)

Men, Masculinities and Child Marriage: Examining the notions of masculinity in shaping men’s views and practices related’ by Rashmila Shakya 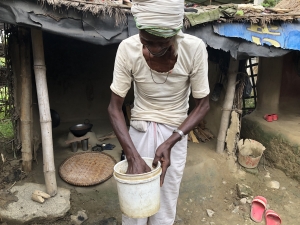 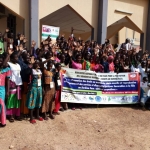 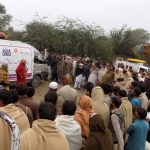