News
You are here: Home / News / Uncategorized / Mero Jivan Mero Rojai – My Life My Choice. A video against child...

This story starts in the summer of 2017, in 2 villages in the Terai region of Nepal – close to the Indian border – where child marriage is still highly practiced. Despite 20 being the legal age for marriage in Nepal, 41% of girls are married before they are 18, and 29% by the time they are 15.

A group of boys and girls decides to take it in their hands to make their communities child-marriage free. And to inspire other young people to do the same, they decide to share their experience through a video that they will create themselves.

With the support of CWIN – HER CHOICE partner in Nepal – these resourceful teenagers hold workshops in their 2 villages to establish the key messages they want to convey, then write the content, finally they shoot the video and star in it. Among their key messages: 1. child marriage and child pregnancies must end 2. boys and men must be more involved in the fight against early marriages 3. it is possible to end child marriage. If we succeeded, others can do it as well.

The result is this amazing video, where the presenters Akash (15) and Sapnam (16) take us to Lagdaha, their small village near Nepalgunj, through the reasons why child marriage is still practiced there, and in the personal stories of some of their fellows.

Then Dipesh (16) and Sarmilla (16) guide us through Basan, their village of only 75 households sitting on the banks of a river. It takes two hours’ drive along battered roads and through the river to reach Basan from the nearest town. Child marriage used to be widely practiced here. Then 2 years ago, following some awareness-raising activities on the many damages child marriage causes, all inhabitants of the village publically signed up an agreement and committed themselves not to have their children married before they become at least 20. The list of signatures hangs proudly in the village communal hut, where the young people of Basan tell us about their hopes and dreams for the future. Some want to become teachers, some football players, and they all want to go on with studying and developing themselves before they can marry.

This video and its protagonists set a great example. Watching it fills us up with hope, and with admiration for the boys and girls who made it possible. Let’s join them in their call: Mero Jivan Mero Rojai – My Life My Choice!

You can read more about the process behind the creation of the video, its protagonists and their villages here 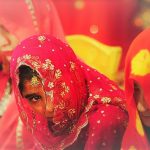 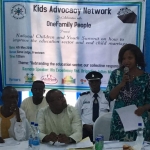