News
You are here: Home / News / Uncategorized / Tao from Burkina Faso: I am grateful I could marry a man of my choice

My name is Tao Bibata, I am from the village of Guilanga but living in Toulfé. I am twenty-two years old. I have finished the fourth level (secondary) as formal education. I participate in the activities of the epicenter conducted by The Hunger Project (THP).

Since the implementation of child marriage activities, I can testify about the impact it has had on me. When my husband and I met, we started seeing each other for a while, before we decided to get married. That’s how he came to introduce himself to my parents and tell them of his intention to marry me. But my father told him that he promised me as a wife to another family. He left with tears in his eyes. But we continued to be in contact. Observing the stubbornness of my parents’ decision, I fled to my husband’s family in Toulfé. But they came after me and forced me to come back. They told me that if I would refuse, I would be banished from the family.

In the meanwhile volunteers from The Hunger Project conducted a sensitization with customary and religious leaders on the harmful effects of early and forced marriage, as well on their rights. Subsequently, as my case was known, some old people from the village who understood the importance of the subject started to talk with my father. Then the volunteers of THP also intervened with my father. Little by little, I felt he started to change.

One day he called the village elders to announce his decision to accept my choice to marry the young man from Toulfé. They called me and informed me of the situation. I was overjoyed and then informed my boyfriend. 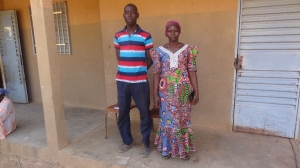 He informed his family and the following days they came to see my family for the wedding formalities. They came to fulfill the formalities and I was allowed to join my husband.

We married when I was 18. Soon after I also became a mother. I work as a Community Health Officer (CHW) at the Toulfé dispensary. I am very grateful that I was able to marry a man of my choice. 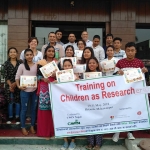 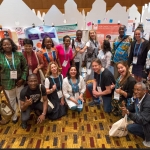 HER CHOICE at the Girls Not Brides Global Conference last week!
Scroll to top