News
You are here: Home / News / Her Choice / Céline’s Choice: I could not escape him anymore!

“My name is Céline. I am in my forties and am a housekeeper in Soglonouhoué, a village in the epicenter of Klouékanmè, Benin. I was barely 13 years old and still in school when my father married me off to an older man from the neighboring village. Two years earlier, my sister had ran away when she found out she was about to get married. Eventually, I was the one who paid for it. 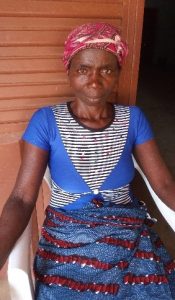 My abduction was orchestrated one night (without my mother’s knowledge) by my father, with fists and threats. The next night, an older man paid me a visit: my future husband. All night, I was beaten because I did not want any sexual relationship with him. The next day, I lost my strength and I could not escape him anymore. I ran away twice but was brought back to my supposed husband. In my third attempt to flee, my mother begged me not to oppose this marriage and thus risk my life. The net was closing around me. Desperate, I had no choice but to beg my father to let me stay two weeks at home, promising him to return to my husband. It is thus that I became the wife of a stranger. From this time I was a ‘housewife’. I could not escape my new obligations and lost my dream to become a nurse. From then on, I made a promise to fight this practice.

With the HER CHOICE programme, my dream is realised through the Women Empowerment Programme, where I am a community volunteer. Thanks to the leadership trainings I now have knowledge of the laws that prevent child marriage. I now feel better equipped to speak publicly and confidently. I do not hesitate to mention my experience during the educational talks. The theatrical performance organised this year on the marriage of children is, in my opinion, an effective method to openly denounce this practice, of which many people are accomplices in Klouékanmè. I hope that the initiative will extend to other villages and even to the whole country.” 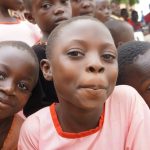 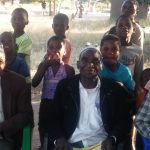 A joint visit to Malawi
Scroll to top