News
You are here: Home / News / Her Choice / Launch of HER CHOICE Programme and More Than Brides Programme in Mali!

HER CHOICE launched, together with the More Than Brides Alliance,  our child marriage-free programmes in Mali. This national event was jointly organized in Bamako, the capital of Mali, by Enda Mali, OxfamNovib and Save the Children.
During the morning session the two Child Marriage Programmes were  officially launched in  the presence of representatives of the Ministry of the Promotion of  Women, the Child and the Family and the Royal Netherlands Embassy and many other relevant stakeholders (Ministry of Health, Ministry of Education, Ministry of Youth, Ministry of Justice, national and international NGOs, members of parliament, children’s parliament, traditional and religious leaders) as well as the media.
In the afternoon a special cultural programme was organized, with music, theater and poetry to inform and mobilize the youth to end child marriage in Mali. The whole event was covered by the press and broadcasted on national television. 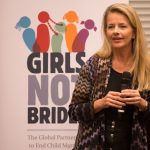 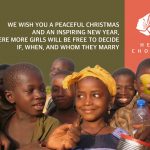