This year marks the 25th anniversary of the ground breaking International Conference on Population and Development (ICPD), which took place in Cairo in 1994. In that year 179 countries committed themselves to the goal of empowering women. The goal: to strengthen the development of these women, their families and communities. Her Choice was present at ICPD25. 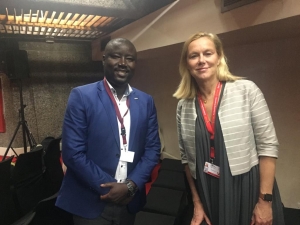 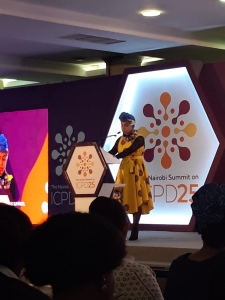 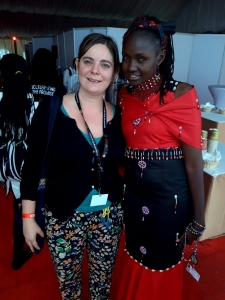 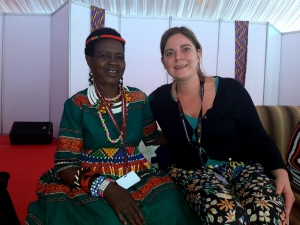 Gerald Kato had the chance to quickly meet the Dutch Minister for Foreign Trade and Development Cooperation, Sigrid Kaag at ICPD25 and told her about the Her Choice activities in Uganda: ‘The last 3,5 years we’ve been able to support over 2000 girls to remain in school, but also to access SRHR services. A couple of them are taking part in decision making processes, both at community and national level.’ Kato thanked the Dutch ministry for the generous support to this cause. Kaag: ‘It’s not just about the support but also about the conviction that we have to support the SRHR agenda globally. We have to keep up the good work.’

Quote of the day on Wednesday: ‘We are here to celebrate progress of 25 years ICPD. But isn’t it ironic that we reached especially so much progress in technology, artificial intelligence and ‘talking in the cloud’; but apparently, we are not able to guarantee such a basic thing as human dignity for girls. We are still unable to protect girls from marriage and FGM. It is time to focus on this, join forces and put our priorities right.’ (Aya Chebbi – African Union Youth Envoy)

Quotes of the day on Thursday: ‘We need to invest in actions at the grassroots level, because it is there where child marriage is happening. It is there where action is needed!’ Doctor Josephine Kulea van Samburu Girls Foundation (on the picture together with Miet Chielens).

‘As a chief in Malawi I have already prevented thousand of marriages. We have a role to play to prevent harmful practices for girls in communities. It is our role to protect them.’ Chief Kachindamoto from Malawi, also known as the ‘terminator’ of child marriage because of her work in tackling child marriage in Malawi (on the picture together with Miet Chielens)

Her Choice’s commitment at the ICPD:

iii)          work with men and boys to raise awareness of the benefits of a community which values and supports girls and women to fulfil their potential; 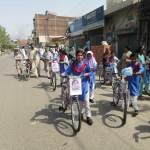 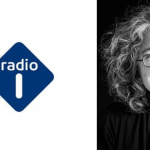