News
You are here: Home / News / Her Choice / Born to get married

Her Choice Master student Tes Schmeink is part of the research team that examines the impact of Her Choice in our ten programme countries. For her Master International Development Studies Schmeink wanted to know how young people in Iganga, Uganda understand marriage and how they exercise agency in relation to marriage decisions. We asked Schmeink six questions about her research. Part three of a series of interviews with Her Choice researchers.

Your Master’s thesis title is ‘We are born to get married’. Could you explain why you chose this title?

This was said, in many rephrases, by so many of the respondents. It stood out for me because it wasn’t debatable for the young men and women in my research. All young people interviewed considered marriage to be an important, if not the most important, part of life and did not see an option not to get married. If you weren’t married, you weren’t functioning as a man or woman. It shows the pressure that these young men and women feel to get married. 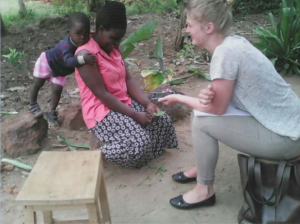 You write that critics argue that the dominant discourse decontextualizes women’s lives and portray young men and (especially) women as helpless victims, but that scholars argue that this does not necessarily describe local, and young, people’s understandings, feelings or experiences related to child marriage. What were your findings during your research?

The people that I spoke to where not helpless victims. But, some of them were in really difficult circumstances of which they were definitely a victim. I think the difficulty lies in that the moment you describe people as helpless victims it steals them from their agency to change the situation. And even if some of them would need help to get out of the situation they were in, it would rather be a helpless situation than a helpless person. In my research I state that the construction of young people as passive victims undermines their capacities and their opportunities to act upon their agency, and I still believe so. 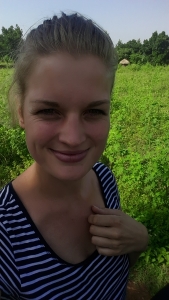 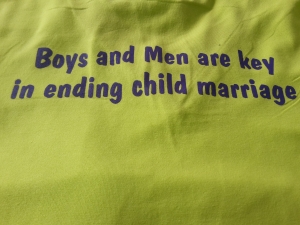 You conclude that young people should have an active role in research and development and that this calls for more in depth research with local participation to enhance the understanding of child marriages. Could you explain this?

I was a white, young, female researcher from the Netherlands and I brought my own assumptions and way of thinking along which has definitely influenced my research.  It was sometimes very difficult to understand the stories I was told – because it was just so far away from anything that I had experienced or seen in my own life. I think that when you really want to understand the underlying thoughts, understandings, feelings – you need local participation in your research on a far more in-depth basis that I did in mine – to really ensure that you have tackled these misassumptions and that you are portraying what is said, thought or experienced in the right way.

When you understand better how these young men and women think, feel and experience the world, you can connect the program better to their day to day life’s and with that have more influence and/or impact. Who are better to tell you what works and what doesn’t than the people that you’re trying to reach?

You recommend improving the role of formal and informal education in strengthening young men and women’s agency. Why?

The respondents in my research indicated education as a key factor influencing decision-making processes regarding marriage and family formation. They state how school drop-outs or non-schooling youth are expected to marry early, while schooling youth are expected to finish their education and, sometimes, get a job before getting married. In my thesis I give some examples that illustrates the role of education in motivating young people to make choices of their own, and it appears that they feel more able to make these choices when in school or when educated. Almost all schooling young women want to get married after their schooling or University, and even after getting a job. 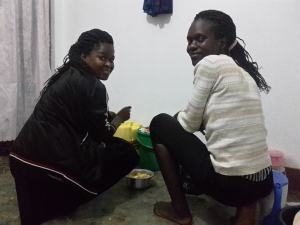 I don’t think I had one big personal lesson; there were more of a million small lessons. I learned a lot about myself, I learned a lot about a topic I didn’t know of before and I got the chance to meet incredible people and experience an amazing country. I always believed that you need more perspectives to tell the whole story and I think that this research made me believe that even more. 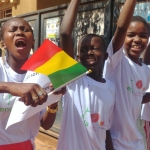 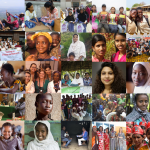 We are all in this together
Scroll to top